Edited by E. Bert Wallace is an associate professor of theatre and the codirector of the Honors Program at Campbell University. 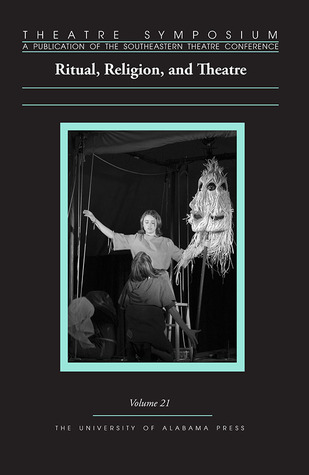 Official journal of the Southeastern Theatre Conference. Theatre Symposium is a scholarly publication featuring select papers presented at the annual Southeastern Theatre Conference (SETC) Theatre Symposium Event. This two-day conference focuses on a single scholarly topic related to theatre. Recent topics include: Comedy as Practiced on Stage, Commedia dell'Arte Performance, Theatre in the Antebellum South, Voice of the Dramaturg, The Reemergence of the Theatre Building in the Renaissance, and Drama as Rhetoric/Rhetoric as Drama.

Postage outside USA: Please include an additional $8.00 for subscriptions outside the USA.

Postage inside USA is by surface mail—no additional charge.

Inside The Latest Issue

The audience is an integral part of performance and is in fact what separates a rehearsal from a performance. The relationship, however, between performers and the audience has evolved over time, which is one of the subjects addressed, along with the changing disposition of the audience itself and a number of other topics, in Gods and Groundlings, volume 20 of the annual journal Theatre Symposium. The essays in this volume discuss spectatorship in historical context,
the role of the audience in the digital age, the early modern English transvestite theatre, Annie Oakley and the disruption of Victorian audiences, and historical attempts to create ideal audiences. Edited by E. Bert Wallace, this latest publication from the largest regional theatre organization in the United States collects the most current scholarship on theatre history and theory.